This story is a lot of crap. I’m literally talking about crap here, but don’t worry, there’s a path and a pilsner at the end which made up for it. As I’m discovering this blog is almost as much about my child raising experiences as it is about running and beer. This entry is another example of that intersection.

It was a typical Saturday. The girls woke up early. I missed my morning run because I procrastinated and now faced a day of home chores and tiring out the girls. The only thing on the agenda for the day: a Members’ Night at the Monterey Bay Aquarium—but that would come later. We played, we ate, we played more, and we watched movies. Things weren’t all that bad.

And then they quickly went down the toilet. Literally. 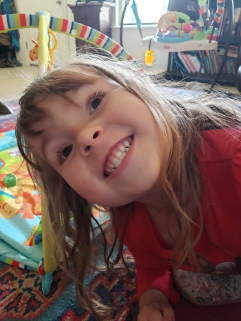 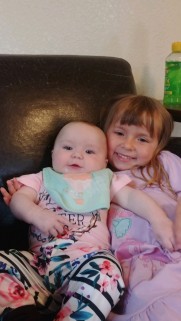 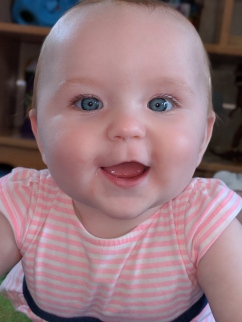 Up first came the four year old. Not wanting to miss any part of the Emperor’s New Groove she did the nervous potty dance, until my wife pointed at the bathroom and said, “Go!” She skipped off towards the bathroom. A moment later a cry for mommy rang out. We both came over to see what happened—we recognized it wasn’t a life or death cry—just a cry of “uh oh” which is key in things like this. To make a long story a lot shorter, the four year old had an accident, and the results seemed somehow to be on and around the toilet. It was a mess. Daddy to the rescue. While mommy got new clothes (yes it was everywhere), I cleaned her and the bathroom up. I gritted my teeth as I just cleaned the house the day before. It is what it is. You shrug these things off.

Shortly after I played with my newborn on the living room floor. She loves to giggle until she’s not and then she’s crying. On this day the crying started and before I could leap up to grab a bottle to feed her, the smell hit me. Total poopy diaper. I sprang into setting up a decontamination zone on the dining room table and hoped it was a small mess. No such luck. It was quite the epic poo…and it leaked. New outfit required. I cleaned her up, fed her and got her back to the play mat. Could it get much better?

Apparently it could. A couple of hours later I made the mistake of cat napping on the couch while my older daughter played. I saw her dart into the bathroom again. Good– I thought—she’s not waiting. No more accidents. Hurray. Lesson learned. I went into a semi-dozing state. Time past. Too much time passed. Something wasn’t right. I got up from the couch and opened the bathroom door to see what no parent wants to see: a 4 year old standing over a nearly full toilet (water level still rising), toilet cleaning brush in hand, next to an empty toilet paper roll. More shoulder shrugging and a deep sigh. I got the four year old out of the bathroom quickly, grabbed the plunger and went to work, but not before the water spilled out of the toilet and all over the bathroom floor. This would be the third time I cleaned this bathroom in less than 30 hours.

At this point, my wife came back from grocery shopping. As soon as I helped her bring in the groceries, we high fived, I grabbed my running shoes and headed out the door. This was just too much crap for one day. I needed a run. 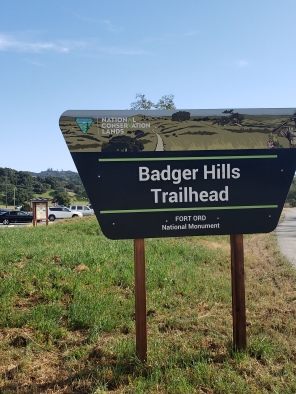 I chose as my path a route I’d seen on maps on the east side of Fort Ord National Monument. Parking at the Badger Hills trailhead just off Route 68, I checked maps and looked at the terrain. Yep, it was going to be straight up for a while. I locked the car and ventured out. What followed was a beautiful five mile run on a different side of Ord, with magnificent views green lush grass, and wildflowers blossomed everywhere. Part of the reason I chose to run this route was reconnaissance. 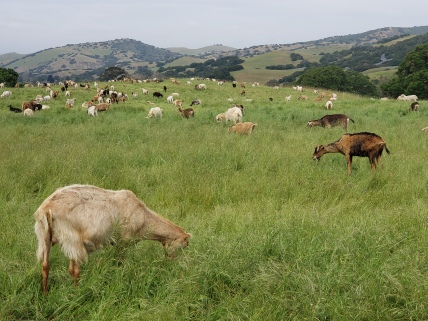 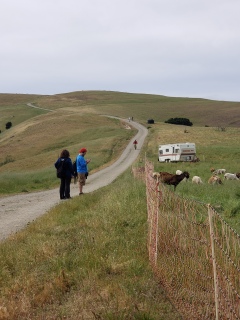 I decided last month that I want to run across Ord and back again this summer. As near as I can tell, it should be about 16 miles. I’ve been staring at maps, running from the west side east, but I wanted to see how things looked on the east side going west. Despite a nearly two mile incline to start, the wide trails up to the ridgeline on this side of Ord were incredible. I looped around, dropping back down into Toro Park for the last mile. I was in heaven! This nearly made up for the other crap of the day. All I needed was a beer to top it off. 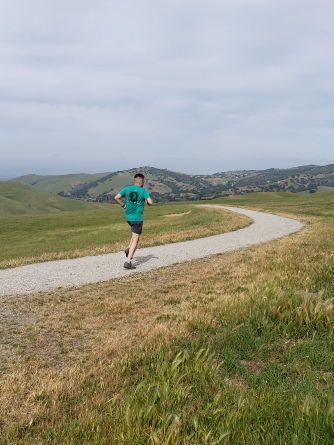 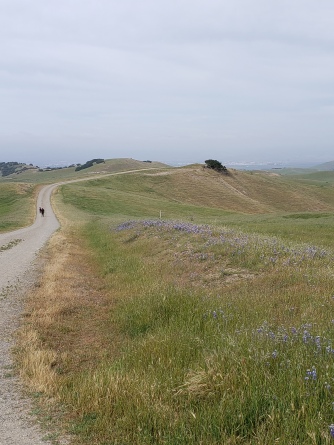 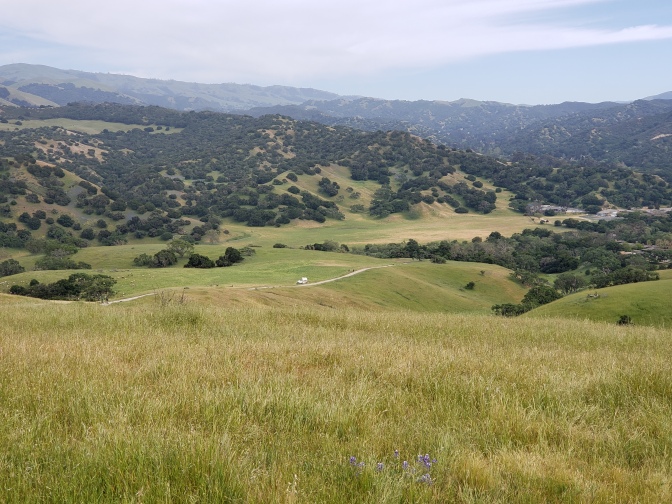 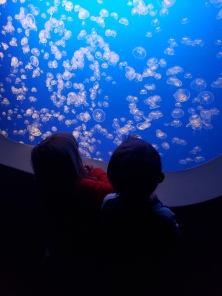 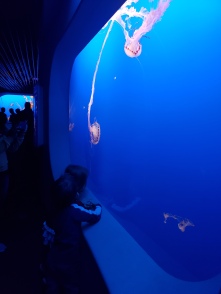 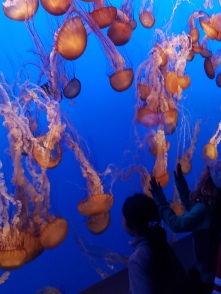 Whether watching pools of luminescent jellyfish or sea otters play, the aquarium has something for everyone. The other bonus of Members’ Nights: the bars. On members’ night the aquarium has several bars set up for visitors to enjoy throughout. We arrived and I made a beeline straight to the nearest watering hole. While the choices were limited, I went for a tried and true favorite: Firestone Walker’s 805. Brewed at the Firestone Walker Brewery in Paso Robles, you’ll find that throughout the west and California, the 805 is a real crowd pleaser. With a light crisp taste, this beer is a great standby for balancing flavor, but also not being too heavy or hoppy. I rank it high on my list of favorite porch beers. You just can’t go wrong with the 805. After a crappy day like this, the 805 was exactly what I needed. 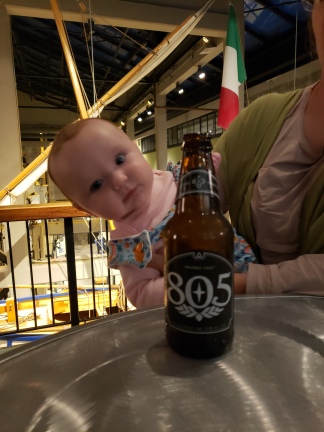 The rest of the evening passed without incident: we had fun at the aquarium, no tears were shed, no more accidents, and the girls fell asleep on the way home. The day felt redeemed through the power of a good run, nature’s beauty, and of course a great beer. As a parent there will always be days with lots of crap like this one, but fortunately that’s why there are paths and pilsners for balance. See you on the trails! Cheers!